This page is a comprehensive overview of the elmpost.org domain, maintained by Bruce Carley of Acton, Massachusetts. While this domain focuses prominently on American elm restoration, it also encompasses an assortment of other topics, some related and some not, ranging from the safely mainstream to the philosophically unorthodox or controversial. The common thread linking all of these items is the fact that they are of special interest to the author and uncommon enough to merit sharing with the world in the hope that they will inspire creativity, deep contemplation, and nobility of thought. The pages speak for themselves, and no defensive remarks or apologies will be offered about any of them. Welcome to a domain that hopefully reflects a much higher value placed on the ring of inherent truth than on competition-oriented appearances.

Saving the American Elm. The main article and default page of this domain describes a special project through which I am raising disease-resistant American elm trees for distribution in conservation areas and sale to interested individuals and organizations. Information on Dutch elm disease and on the cultivation and availability of DED-tolerant elms is included.

Elm Sapling Gallery. This gallery of elm sapling photographs was created as an appendix to the above article, to show various DED-tolerant American elm selections at different stages of their early growth.

Technical data on American elm clones. This research report on USDA elm screening was published in 1995 and is posted here with permission.

More technical data on American elm clones This follow-up report on a seven-year study by the USDA was published in 2001 and is also posted here with permission.

Valley Forge Elm Proves Itself in Acton, MA. This article describes in detail how one particular Valley Forge elm in Acton, Massachusetts contracted Dutch elm disease naturally and then recovered entirely on its own, demonstrating the DED tolerance of this variety. Some field observations concerning DED in American Liberty elms are also described.

Footnote About the Liberty elms. This page describes various disclosures on which my early speculations about the Liberty clones had been based, and presents detailed information on identifying the individual clones of the American Liberty series.

Comparison of the Available American Elm Cultivars. This page outlines the important characteristics of each of the American elm cultivars that currently are available.

Parentage of Named Elm Cultivars and Hybrids. This chart illustrates graphically the lineage of all elm varieties of importance to the horticultural trade, as of 2001.

New Hope for the American Chestnut. This article describes the current situation of the American chestnut tree and provides information and links concerning a promising effort to restore this species to the forest canopy in the near future.

What is Reality? An exposition on the metaphysical nature of being and the meaning of fullness in living.

Celestial Systematics. An exposition offering a possible scientific basis for and interpretation of astrological complexities - how and why every event may inherit the character of its time.

Working With Lunar Cycles. This article summarizes an interesting system by which farmers have worked for centuries, purporting that the time of the lunar month at which a plant is sown or transplanted may influence the developing characteristics of the plant in predictable ways.

Depths of the Arcane. A collection of deep, speculative thoughts on an assortment of topics relating to the psychic realm and its implications.

From 2001 to 2003, I composed and rendered with quality sound fonts the following short pieces of music, listed here with titles followed by subtitles:


Expiration: Somber nostalgia and departure from Earth (March, 2002)
Relativity: Timeless voyage through the dimensions (September, 2001)
Absolution: Healing magnanimity at the end of the tunnel (November, 2001)
Prophecy: Sinister wonders at the edge of the abyss (February, 2002)
Nirvana: Wistful prayers and a magical reunion (May, 2002)

(c) by Bruce Carley. These music files may be shared privately, but please do not post or alter them in any way.

My favorite passages from Henry David Thoreau's writings. My 56 favorite Thoreau quotes are listed on this page, with references to their sources.

A Calculator for Long Expressions. This home-made javascript calculator actually comes in handy at times.

Feedback Form. Your input helps to keep the pages at this domain accurate, functional, and up to date. Please note my choice of adjectives here, and feel free to comment on any item.

Flex Your Rights. This organization is dedicated to educating the public about exercising our civil rights, as it is time for people to wake up and do so.

BUSTED: The Citizen's Guide to Surviving Police Encounters. This video is a valuable resource which everyone should study, as it could save lives.

Recent Botched Executions in the United States. It's ugly, but a powerful eye-opener for those who are unaware. 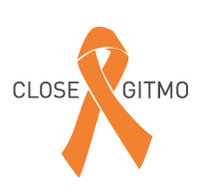